‘We could give nothing more… it has been a very long year’: Diego Simeone says his Atletico Madrid side ran out of steam in their Champions league defeat by RB Leipzig

Atletico Madrid coach Diego Simeone insisted his side had given everything in the 2-1 defeat by RB Leipzig in the Champions League quarter-finals on Thursday, even as he conceded they had been over-powered by the Germans.

‘I understand that they were much better than us but we could give nothing more. We did not play as we wished to but we have to keep our heads up and prepare for next season,’ Simeone told a news conference.

‘We struggled to win the battles on the pitch and they were much faster than us, they made more fouls than us and were very good at stopping us from playing, but we gave everything we had.’ 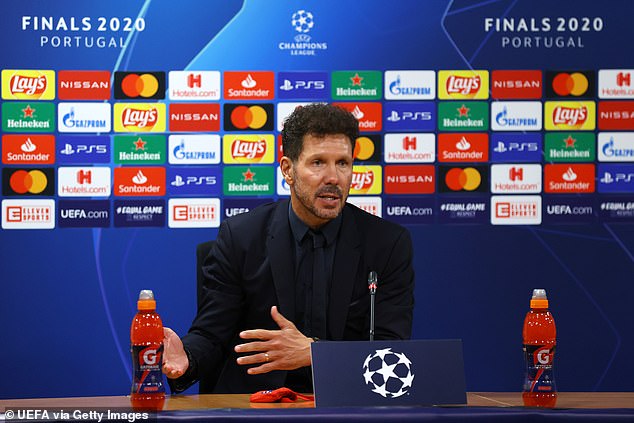 Atletico struggled to cope with Leipzig’s intensity, falling behind to Dani Olmo’s header before Joao Felix levelled from the penalty spot.

Tyler Adams then struck the winner with a late deflected strike just as Atletico were starting to find their composure.

The Argentine coach said his side had run out of steam at the end of a gruelling season lasting over 12 months due to the long pause in action because of the COVID-19 pandemic. 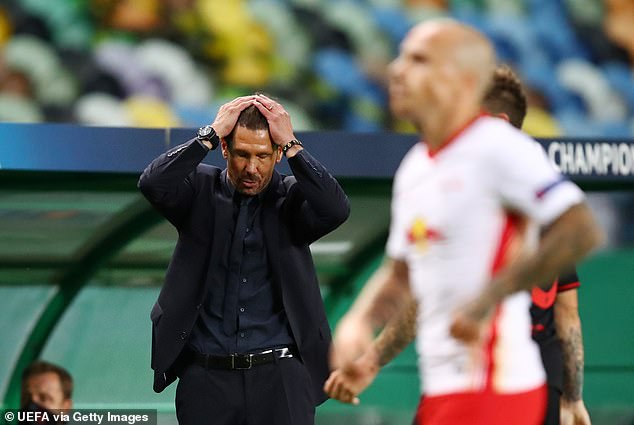 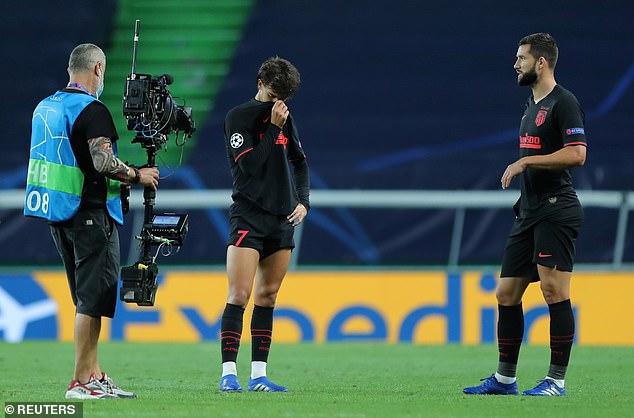 He also reflected on a challenging La Liga campaign after parting with the likes of forward Antoine Griezmann and defender Diego Godin and a difficult run of results. His side needed a strong final push to clinch third spot after spending large parts of the season outside the top four.

‘It has been a very long year, with the huge pressure of trying to get into the Champions League and then having many weeks stuck at home,’ he added.

‘We are feeling hurt because we have had a season with so much pressure, with so many injuries, with so many uncertainties due to all the new players we brought in.

‘We could have done better today and we wanted to go further in this competition but emotionally, in terms of preparation and the enthusiasm we had, I don’t have anything to complain about.’

californiasunhttps://thecaliforniasun.com
Previous articleDeath Valley is set to reach 127F on Monday – the hottest temperature recorded
Next articleFBI appeals for help in finding mom of toddler who was found wandering in Florida parking lot

Boris Johnson loves football. He loves it when he is trying to score political points from Russia by threatening to pull the national...
Read more
Sport

Relegated Saracens about to 'fall off a steep cliff' amid doubts...
Read more
Sport

Graham Carr, the super scout who made millions for Mike Ashley's Newcastle United, is remembering the day he watched his son, Alan, enjoy...
Read more

Boris Johnson loves football. He loves it when he is trying to score political points from Russia by threatening to pull the national...
Read more

Relegated Saracens about to 'fall off a steep cliff' amid doubts...
Read more

Billionaire businessmen Barry Diller has urged everyone to hoard cash, saying there is 'great speculation' in the stock market right now, as he...
Read more