Award winning journalist Thomas Roberts has today been announced as the host of season four of DailyMailTV.

Roberts most recently was the evening news anchor at WGCL-TV (CBS46) in Atlanta, Georgia. Prior to CBS46, he was based in New York where he served as an anchor and reporter for MSNBC, The Today Show and NBC Nightly News.

He is the recipient of the prestigious Edward R. Murrow Award for Best Documentary as well as a national Emmy award while at NBC for Outstanding Live Coverage of the Supreme Court decision on same-sex marriage. He has also won the Human Rights Campaign’s Visibility Award and the Vito Russo GLAAD Award.

‘DailyMailTV is an amazing show and I’ve been a fan and viewer since day one,’ Roberts said. 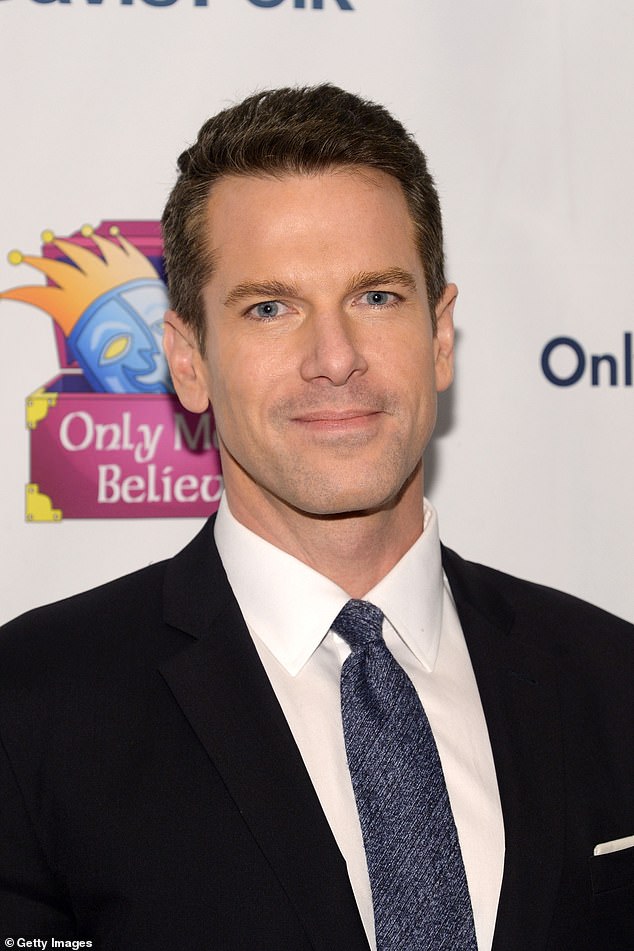 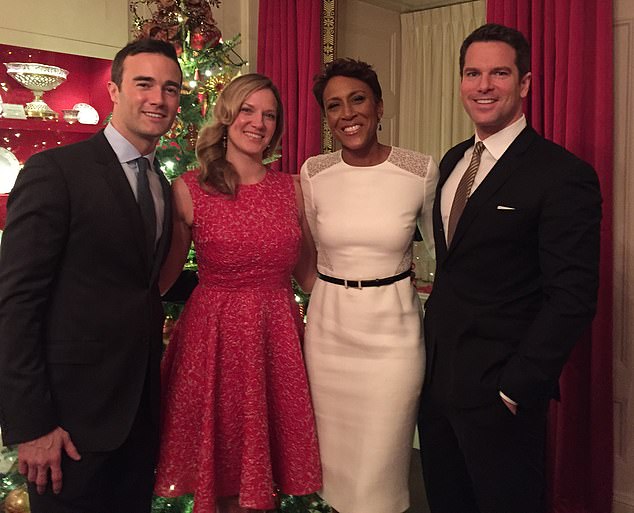 A trusted and respected veteran of television news for over 25 years, Roberts has worked at a variety of local, cable, syndicated and national platforms including NBC News and CNN. He’s pictured (right) with his husband Patrick Abner and with Robin Roberts and her partner Amber Laign

‘I’ve always been impressed by DailyMailTV as it consistently delivers important, interesting and exclusive stories while dominating in breaking the news that matters to Americans,’ he added.

‘The depth and style of news coverage delivered by DailyMailTV keeps its viewers engaged, informed and coming back for more. I can’t wait to get started. ‘

Martin Clarke, Publisher of DMG Media and Executive Producer of DailyMailTV, said: ‘In a year where the world is battling a pandemic and Americans are heading to the polls to decide on their next President, DailyMailTV will be there to keep its viewers informed with the news that matters to them.

‘As we move into season four, in September, I’m looking forward to Thomas joining the team and bringing his unique style of reporting to DailyMailTV.’

Carla Pennington, Executive Producer of DailyMailTV, said: ‘I’ve admired Thomas’ work for many years and am delighted he will be joining the team.

‘I’ve always been impressed by his ability to pivot from the hard yet important news to the showbiz stories people can’t get enough of.’ 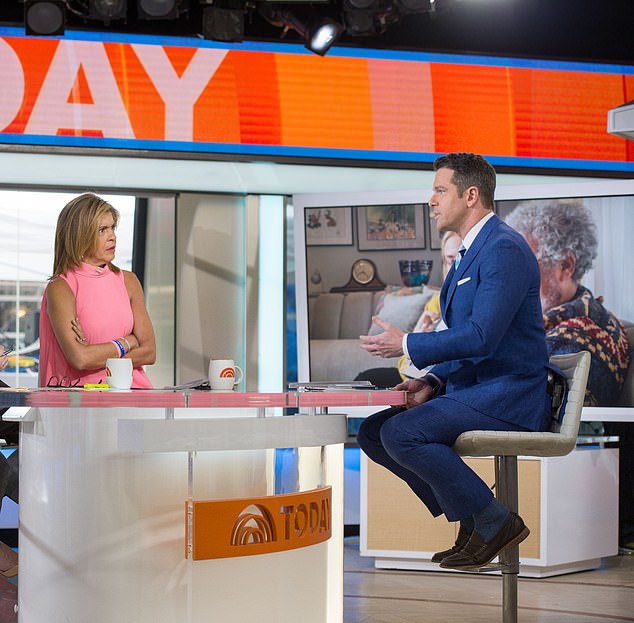 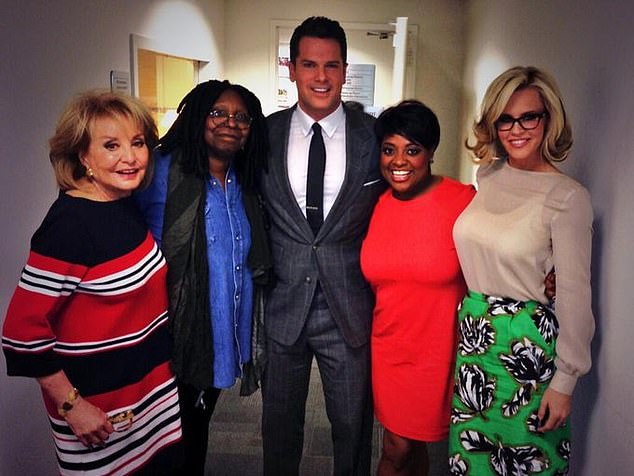 Roberts has appeared on The View and is pictured here with The View creator Barbara Walters, current host Whoopi Goldberg, Sherri Shepherd and Jenny McCarthy

DailyMailTV made a splash when it first arrived on television screens in 2017, scoring the highest rated national debut of any syndicated newsmagazine since 2007.

DailyMailTV brings to life the world’s most popular news website DailyMail.com on television. Working hand in hand, it has consistently broken news stories that have set the agenda, including Ghislaine Maxwell’s hideout in Massachusetts, Asia Argento’s first interview after the death of Anthony Bourdain, the collapse of Sex and the City 3, the first interview with Donald Trump Jr. and Kimberly Guilfoyle, and Lisa Vanderpump announcing she was departing the Real Housewives of Beverly Hills.

‘DailyMailTV really stands out and you can’t find anything else like it in news. Plus, when you consider it comes from the global brand of DailyMail.com you know this show has few equals out there, if any!’ Roberts continued.

A trusted and respected veteran of television news for over 25 years, Roberts has worked at a variety of local, cable, syndicated and national platforms. He has previously reported for CBS News and The Insider/Entertainment Tonight in Los Angeles, CNN in Atlanta and several local stations in Portsmouth, Virginia, Ft. Myers, Florida, Lincoln, Nebraska and San Diego.

‘After 25 amazing years in TV News, whether as an anchor or correspondent, I’ve had some pretty incredible ”career first’s.” But this is the first time I’ve ever been this excited to start and just get to work.

‘These are really important times, with very important stories that need to be covered, correctly. Plus, I’m just like you, I can’t stand BS and hypocrites. So let’s get started because we’ve got plenty of work to do!’ Roberts said. 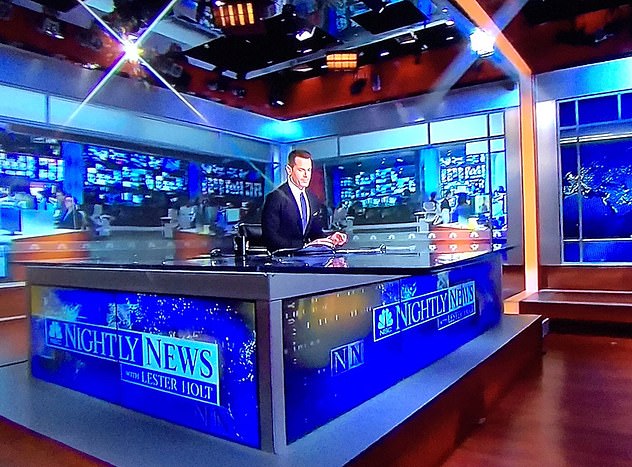 Roberts has been based in New York City and previously served as an anchor and reporter for MSNBC, The Today Show and NBC Nightly News 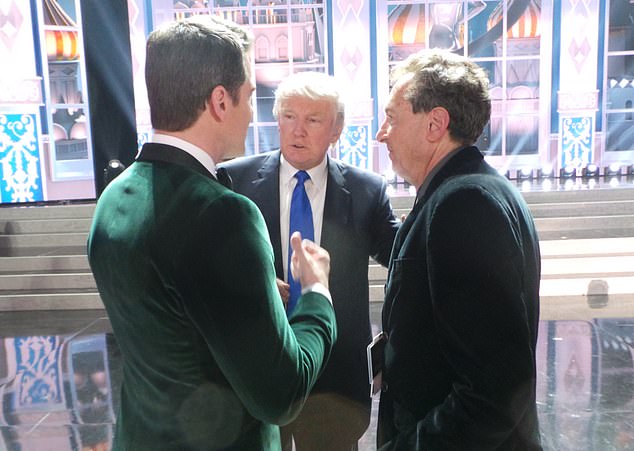 Roberts co-hosted the 2013 Miss Universe pageant along with Mel B from Moscow, Russia  and is seen on the set with Donald Trump and television producer Barry Adleman

Thomas assumes the hosting role from Jesse Palmer who hosted the show for its first three seasons.

‘We’d like to thank Jesse for his contribution to DailyMailTV over the past three seasons. We wish him all the very best for his future endeavors,’ said Pennington.

DailyMailTV is produced by Stage 29 Productions and is syndicated through CBS Television Distribution. 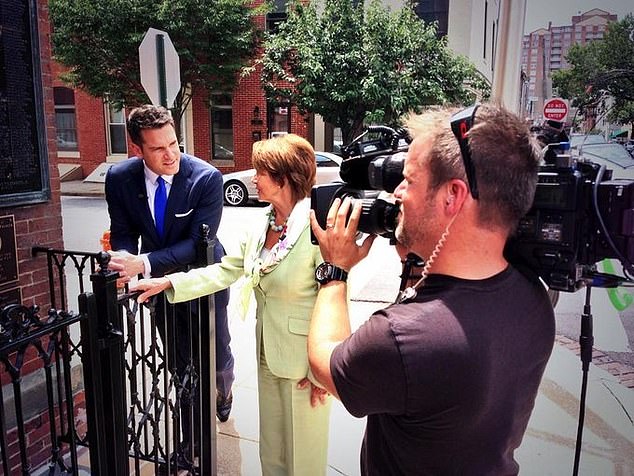 Roberts is seen here on assignment with Nancy Pelosi in Baltimore. ‘DailyMailTV is an amazing show and I’ve been a fan and viewer since day one,’ said Roberts

Hugh Dougherty and Candace Trunzo are executive editors, while Sean Walsh is the Chief Brand Officer.

DailyMailTV airs every weekday across the United States. Check your local listings at www.DailyMailTV.com.

Who is Robert Trump? What to know about President Trump’s younger brother

US nursing homes are given go-ahead to welcome back visitors

Facebook will curb internal debate over politics, racial justice and the coronavirus pandemic