By David Coverdale For The Daily Mail

Kyren Wilson won one of the wildest frames in snooker history to beat Anthony McGill 17-16 and advance to his first World Championship final at the Crucible.

Wilson edged home in an astonishing finale which included McGill missing a snooker eight times in succession and effectively concluded when Wilson fluked a green over three cushions.

The frame score finished 103-83 in favour of Wilson, who appeared to struggle to contain his emotions upon fluking the green, and subsequently broke down in a BBC interview. 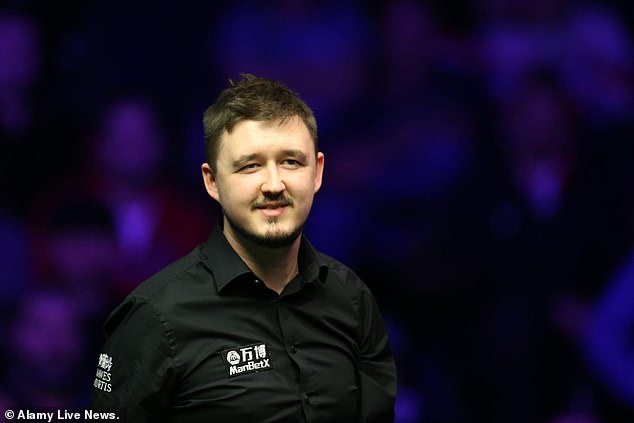 ‘I put him under great pressure to go three ahead at 14-11 and he just stuck it up me from then. It is a cruel game, he had some bad rubs,’ Wilson said.

‘I have dreamed of this moment for years but this isn’t the way I wanted it to happen with the green. It is mad what can happen on a snooker table.’

Both players missed simple chances to claim frame and match, with McGill running aground on 39 then Wilson missing a simple red to middle on 47.

With the black teetering over the top pocket, Wilson snookered McGill on a nearby red and the Scot missed it eight times in a row — leaving him requiring snookers. 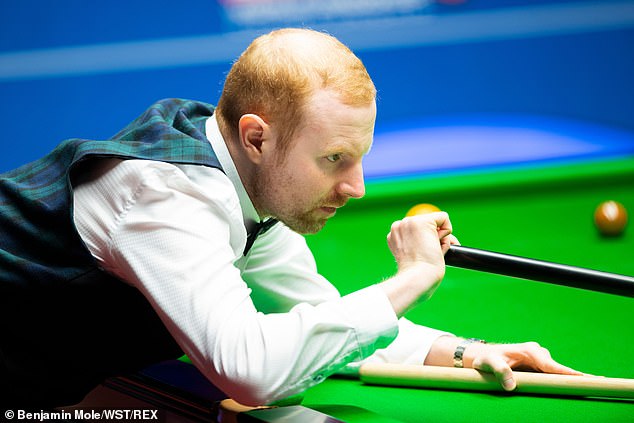 Yet Wilson duly stepped up and screwed the white back into the middle pocket, with another subsequent in-off handing his opponent back the initiative.

Wilson will play either Mark Selby or Ronnie O’Sullivan in front of up to 1,200 spectators this weekend.

Around 300 fans will attend each of the four sessions — less than a third of the theatre’s 980-seat capacity.

World Snooker bosses sprang into action on Thursday night after the Government announced they were resuming pilot events to test the safe returns of spectators, starting at the Crucible.

californiasunhttps://thecaliforniasun.com
Previous articleBritain's economy on course for rapid recovery, predicts Bank of England chief
Next articleTwo boys are robbed at GUNPOINT by teen at lemonade stand

Thumbs up for a fourth move in four years! Alvaro Morata...
Read more

Russian special forces today staged a special operation to detain a former traffic cop who leads a sect in Siberia claiming he is...
Read more

Sir Keir Starmer has slammed Boris Johnson as 'not up for the job' and blasted the Government's 'incompetence' over its handling of the Covid-19...
Read more

'He was tempted to go to Arsenal': Lionel Messi's former agent...
Read more

A gas leak in a Hyesan house was blamed for a series of explosions that left nine North Koreans dead, and at least...
Read more
Sport

Atlanta prosecutors investigating the killing of Rayshard Brooks tried to obtain a search warrant to find out who donated to a fundraiser for...
Read more