‘There are no second chances’: Bullish Pep Guardiola urges his Manchester City side to seize a ‘once in a lifetime’ opportunity on their quest for Champions League glory ahead of the quarter-final against Lyon

By Jack Gaughan for MailOnline

Pep Guardiola urged his Manchester City stars to grasp a once in a lifetime opportunity as they restart a quest to make history in Europe.

City face Lyon in a one-legged Champions League quarter-final in Lisbon and their manager was bullish about his team’s chances.

Guardiola is demanding clear heads as they attempt to reach the last four for the first time during his tenure. 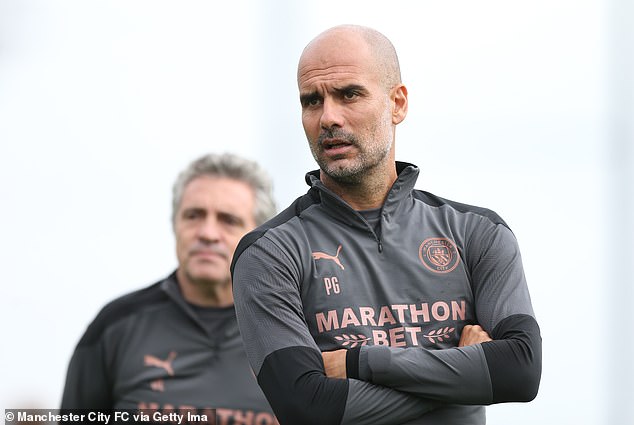 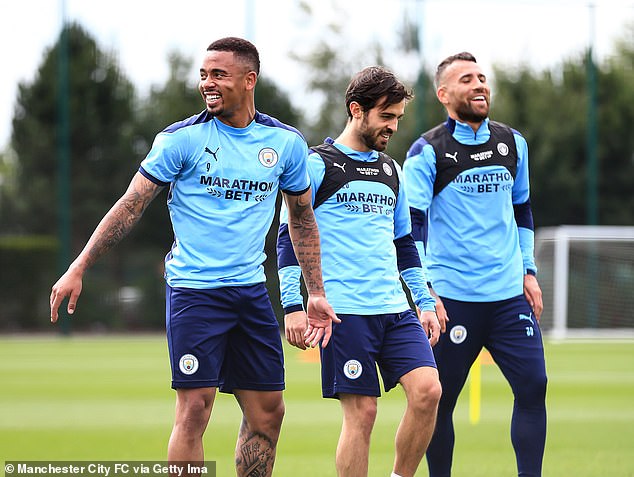 ‘This is an important moment for our careers, for our lives as professionals. It is a once in a lifetime and I think being together is exceptional,’ Guardiola said.

‘Now we have to show ourselves. I want to see my team be who they are, do everything with their souls, their minds, and after that the football will dictate whether we deserve it or not.

‘They can punish us. The pressure is always there. Anything can happen in one game. In this competition there are no favourites.’ 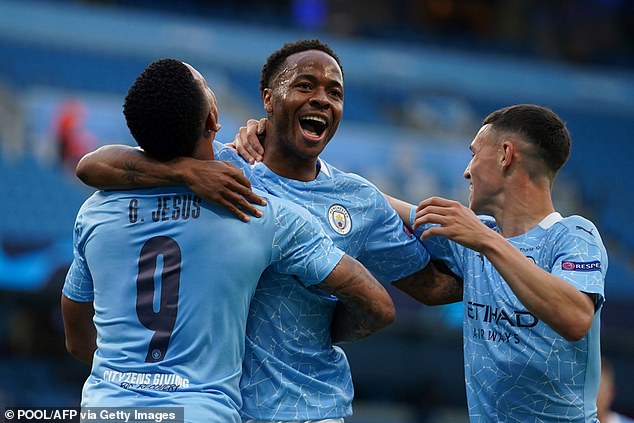 Guardiola suggested that the mentality of the squad had improved following their shock 2-0 defeat by Arsenal in the FA Cup semi-finals last month.

The Catalan openly criticised their attitude in the immediate aftermath of elimination from that competition.

‘I’m incredibly proud of the way they have behaved over the last two or three weeks,’ he added. ‘I’d say since the lockdown but especially the last few weeks. They are incredibly focused.

‘We’re used to playing one game (domestically) and it’s a final. There are no second chances. In or out, you go back to Manchester or stay here in Lisbon.’

UEFA allocated City with the Portuguese national team’s plush training base, Cidade do Futebol, as their home for the mini-tournament. Guardiola believes the bio-secure bubble in which the team and backroom staff have remained in all week has strengthened bonds among the group. 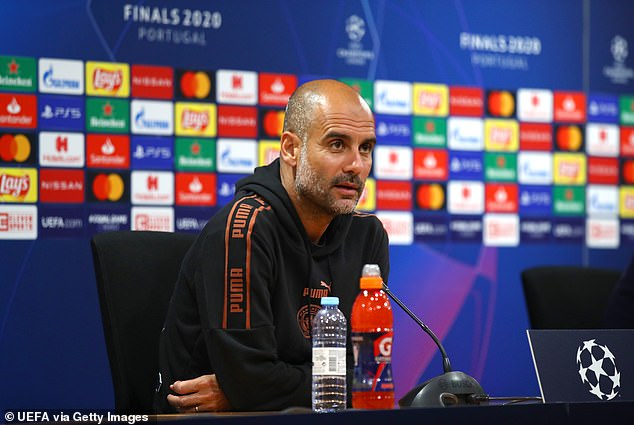 ‘We’ve not done anything special, just spend more time together – the backroom staff as well as the players. I think it’s good, really good. Hopefully we can stay here longer. People know I prefer to be at home but this is a special (situation).’

City are aware that defensive fragility has played a part during previous Champions League defeats over the last three years and Aymeric Laporte called on his team-mates to retain concentration.

‘I think we have to avoid the mistakes, to be focused. Lyon have very good, talented players,’ Laporte said. ‘We have a great squad and hopefully we can win this competition, but tomorrow we will have to fight.

‘We are prepared and will fight until the end. There are many tough teams and we have to be ready for the title.’

The £269m Clasico cast-offs: Sportsmail's dream team of the players the Spanish giants did not want

Real Madrid and Barcelona are renowned for big-money signings but the Spanish giants have both been on a brutal mission to axe dead...
Read more

One of the volunteers for a controversial vaccine trial where they will be deliberately infected with coronavirus revealed they will be locked up...
Read more

China READY FOR WAR: Taiwan sent explosive warning as army boast 'we are ready to go'

Meanwhile a senior commander in China's Ministry of National Defense has said Beijing will "resolutely defeat Taiwan independence forces" in response to the...
Read more

Wells Fargo CEO Charles Scharf apologized Wednesday for comments he made suggesting it is difficult to find qualified black executives in the financial...
Read more

Boris Johnson tells Cabinet ministers to 'get a grip or go'

A brave Christchurch massacre victim has recalled the horrifying moment he hid beneath dead bodies to save himself from a crazed gunman. The four-day...
Read more
News

Josh Frydenberg has slammed Daniel Andrews for 'devastating' the economy, as the treasurer revealed the true impact of Victoria's lockdown for the first...
Read more