A council which incurred the wrath of villagers by shutting down their pop-up market has done a u-turn and allowed it to remain open.

Earlier this week Charnwood Borough Council told the organisers of the market at the car park of the Free Trade Inn in Sileby, Leicestershire it would have to close as it breached the terms of an 800-year-old royal charter that did not allow a rival market ‘within six and two-thirds miles’ of Loughborough Market.

The market, which runs every Tuesday, was set up to allow people who live close by to shop for fresh produce without having to use public transport to visit the market in Loughborough five miles from Sileby. 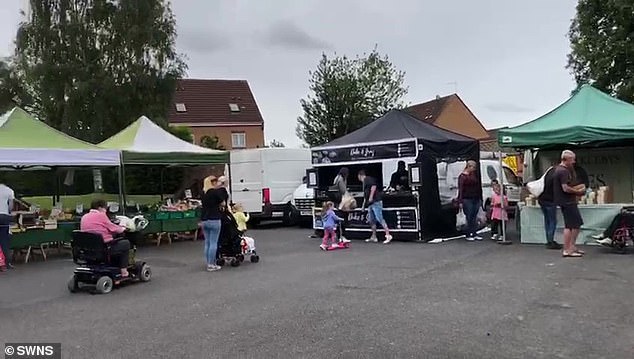 Earlier this week Charnwood Borough Council ruled that the weekly fruit-and-veg market in the car park of the Free Trade Inn, Sileby would have to be shut down because of an ancient medieval law 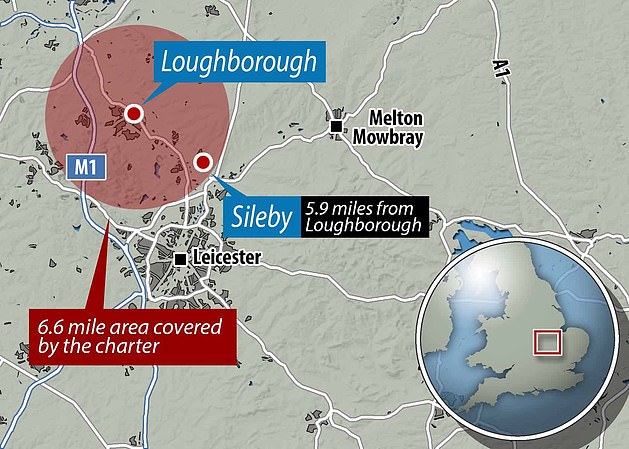 The 800-year-old Royal Charter: A decree signed by King Henry III in 1227 prohibits any market ‘within six and two-thirds miles’ (10.8km) of nearby Loughborough

But now it says it has offered a compromise that would allow Sileby traders to continue.

The decision comes after a petition set up to oppose the council’s bid to close the market received more than 1,500 signatures.

Organisers reckoned more than a 1,000 people shopped at the market each Tuesday, with many of them reluctant to use public transport because of the risk from Covid-19.

Councillor Jenny Bokor said: ‘We have very carefully considered all the points raised around the stalls currently being held every Tuesday in Sileby and we have tried to strike a balance in terms of looking after the best interests of Loughborough Market and the wishes of the community. 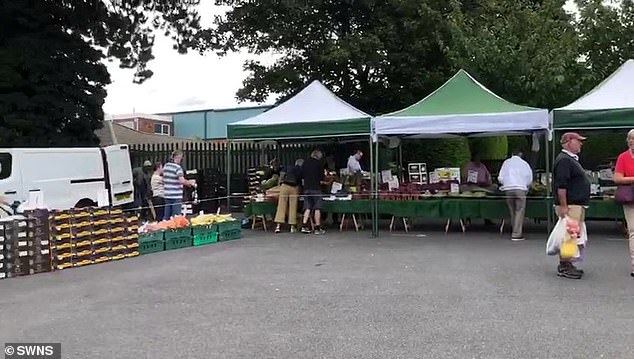 Following pressure from angry locals, the council made a U-turn on the decision in a compromise saying that they will instead allow five stalls as this ‘falls below the minimum size definition of a market’

‘We have contacted the organisers of the event in Sileby to offer a compromise allowing it to continue trading, providing it has no more than five stalls each Tuesday.

‘This would mean it falls below the minimum size definition of a market, so we would not see this as a rival market.

‘A temporary market, which is defined in legal terms as a concourse of buyers and sellers, must have a minimum of five stalls (section 37 of The Local Government (Miscellaneous Provisions Act 1982).

‘Our decision making has included consultation with Loughborough Market traders and NABMA, a national organisation which promotes and supports market operators, and they support the actions we have taken to protect the rights of Loughborough Market. 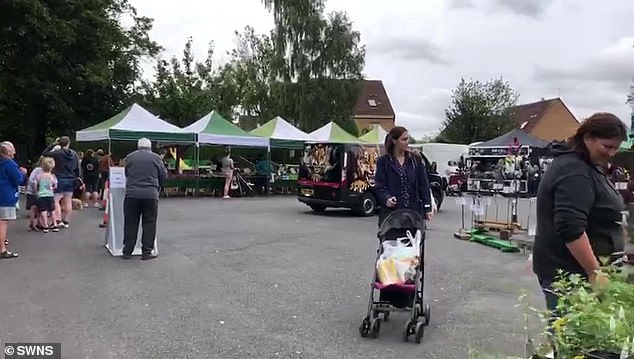 Organisers reckoned more than a 1,000 people shopped at the market each Tuesday, with many of them reluctant to use public transport because of the risk from Covid-19 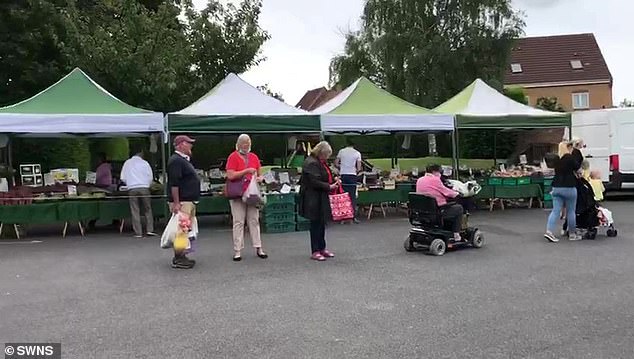 Market organiser, Steve Smith, 51, said: ‘The sheer number of people coming to the market shows there is a need for it in the village’

‘Whilst the charter is old it is still in force in Loughborough and other charters are still in use around the country, such as Leicester.

‘The principle of these charters is to stop rival markets setting up in the area and damaging Loughborough Market.

‘If we did not enforce the charter, a legally recognised power, it could set a precedent and leave us unable to prevent markets popping up in other locations. This would seriously damage the viability of the award-winning Loughborough Market.

‘We look after our market because it has been around for 799 years, it is part of the town’s tradition and its traders make their living from it.

‘The market serves the whole of the borough. The footfall also helps other businesses in the town. We are also duty-bound by the charter.

‘We recognise that these are unprecedented times and we have been flexible in many ways to support our communities and businesses in recent months.

‘We have never received a request to hold a market in Sileby and it’s also worth noting that we have used the market charter on several occasions before to prevent rival markets from setting up in the area. 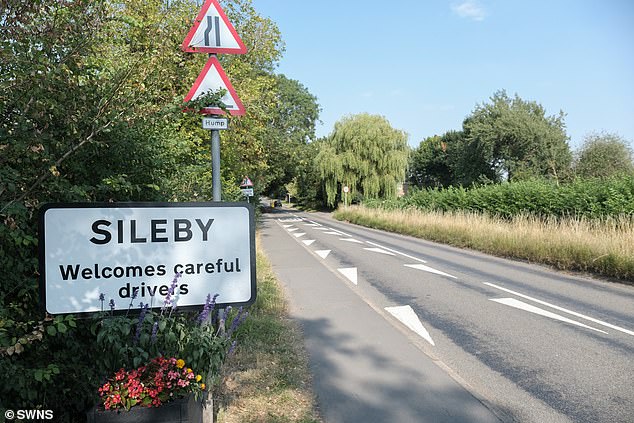 The council defended its decision saying: ‘Whilst the charter is old it is still in force in Loughborough and other charters are still in use around the country’

‘In summary, we feel it is fair to allow no more than five stalls at Sileby every Tuesday as that would not constitute a market.

‘This will meet the temporary needs of the local community as set out to us by the organisers and Parish Council.

‘We will monitor the situation and if anyone has plans to create a market, we would encourage them to contact our markets team as soon as possible.’

The market’s organiser, Steve Smith, 51, said he had mixed blessings over the council u-turn.

Steve Said: ‘While we are pleased the market is to continue, it will be on much reduced terms. It means I have to turn away four stallholders which is not very good for them.

‘We will just have stalls trading ‘essentials’ like fruit, vegetables and bread.

‘I think the council could have bent the rules a little to accommodate us and then re-assess the situation in 12 months time when, hopefully, this pandemic is over.

‘The sheer number of people coming to the market shows there is a need for it in the village. This is an example of the council not serving the needs of the community.’