By Nick Harris for The Mail on Sunday

Grigory Rodchenkov told the Mail on Sunday that a former head of medicine at Russian football’s most successful club of the past decade, Zenit St Petersburg, was an archetypal ‘witch doctor’ of football, with ‘very good practical experience’ of doping sportspeople.

The doctor in question, Sergey Pukhov, was the club physician at Zenit from 2006 to 2017, when he resigned for reasons never declared. Zenit have won five of the past 10 Russian Premier League titles, finishing second twice and third twice in that time.

Pukhov had experience as an Olympic doctor, and was the favoured physician of the notorious race-walking coach, Victor Chegin, dozens of whose athletes have been banned for using illegal drugs, especially blood-booster EPO. 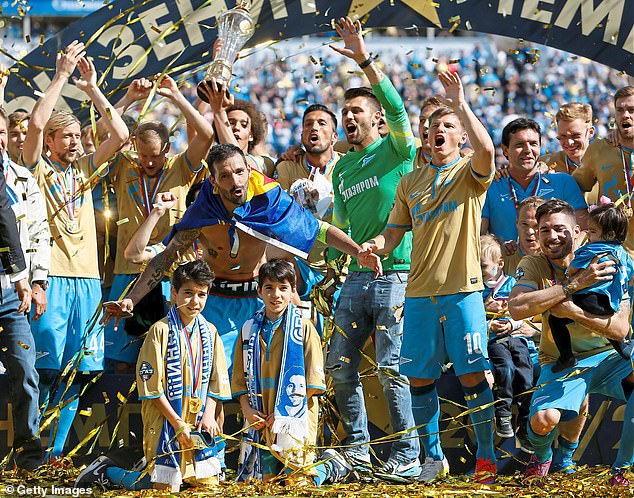 Grigory Rodchenkov has made fresh claims about doping, this time in football regarding Zenit

Pukhov was also a close associate of Valery Kulichenko, an overseer of Russian athletics’ doping programme, according to Rodchenkov’s autobiography.

When the Mail on Sunday asked Rodchenkov what he knew about Pukhov, he replied: ‘Sergey Pukhov was affiliated with Kulichenko and he was also part of this [state] doping fraud team. And he is absolutely knowledgeable in doping schemes, with very good practical experience. So he is a good example of a “witch doctor” in football.’

Rodchenkov never worked for a football club and said doping would be overseen by ‘football apparatchiks’. 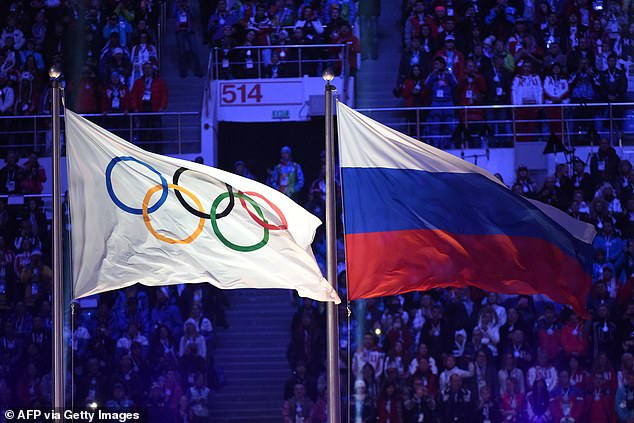 This is the first time a direct connection has been made between an experienced doping doctor and a specific Russian football team. It comes as football world governing body FIFA continues to examine evidence of doping in Russian football — nearly four years after first being told about it.

As the Mail on Sunday revealed in 2017, at least 34 Russian footballers, including the entire 23-man Russia World Cup squad in 2014, was flagged up by investigators to FIFA in late 2016 as potential beneficiaries of Russia’s doping and cover-ups scheme.

Zenit’s medical practices raised eyebrows in 2014 when they were described by late Dutch footballer Fernando Ricksen in his autobiography, Fighting Spirit. Ricksen played at Zenit from 2006 until 2009 and wrote about ‘needles and syringes all over the place’ and ‘players hooked up to drips’.

He said Pukhov offered him injections and he accepted them ‘again and again and again’. He wrote: ‘I didn’t have a clue what Dr Pukhov was putting in me… but, man, it worked! I got an energy boost which was beyond imagination… nobody ever tested positive, so I was convinced that it wasn’t something illegal.

‘Pukhov, I kept telling myself, must know the boundaries. After all, the man had been the official doctor of the Russian Olympic team.’ 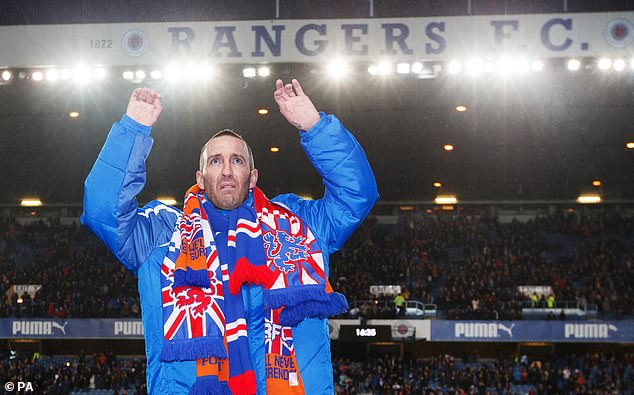 Rodchenkov told me that he partially understands why FIFA may have taken no action on Russian football doping so far. He says they lack an integrity unit with a remit to prosecute a doping culture rather than individuals. He himself destroyed evidence when in post and Russia ‘severely, heavily falsified’ key databases, even recently.

‘But still I find it strange, why, over years, nothing has been done,’ he said. ‘There were clear and [prosecutable] cases.’

A FIFA spokesman said on Friday: ‘FIFA has continued to work on this matter… Updates will be communicated in due course.’

Zenit declined to respond to questions about Dr Pukhov, or respond on behalf of him about his time at the club. Relatives of Dr Pukhov did not respond to requests to forward questions to him.

However proud we feel about the multicultural nature of the England team who won the World Cup, the lack of diversity within our...
Read more

President Trump said he was “not a fan” of Meghan Markle during a press conference at the White House. He wished Prince Harry “a...
Read more

Five adults gather in a Melbourne park for a kid's birthday...
Read more

A Massachusetts man died last year from eating an excessive amount of black licorice, doctors said Wednesday. The unusual case was reported in the...
Read more

MARTIN SAMUEL: A ticket out of the Championship is like the last chopper leaving Saigon

TikTok stars are bidding farewell to the popular video-sharing app after President Trump announced he was banning the Chinese-owned platform on Saturday, amid...
Read more
Life & Style

How to live longer: Follow this lifestyle to add at least six years to your life

In the quest for longevity, scientific research is the best tool we have at our disposal. This is because the discipline has accumulated...
Read more