‘He’s staying here, he’s not for sale’: Steven Gerrard insists it would take an exceptional offer for Rangers to consider parting with star left back Borna Barisic amid interest from Roma, Napoli and Leeds

By Mark Wilson For The Scottish Daily Mail

Steven Gerrard insists it would take an exceptional offer for Rangers to consider removing the ‘not for sale’ sign from Borna Barisic.

The Croatian left-back notched a free-kick goal and an assist in Wednesday night’s 3-0 win over St Johnstone as he set about extending the excellent form witnessed last season.

Roma, Napoli and Leeds United have all been linked in recent months with interest in Barisic, who signed a new contract until 2024 in January. 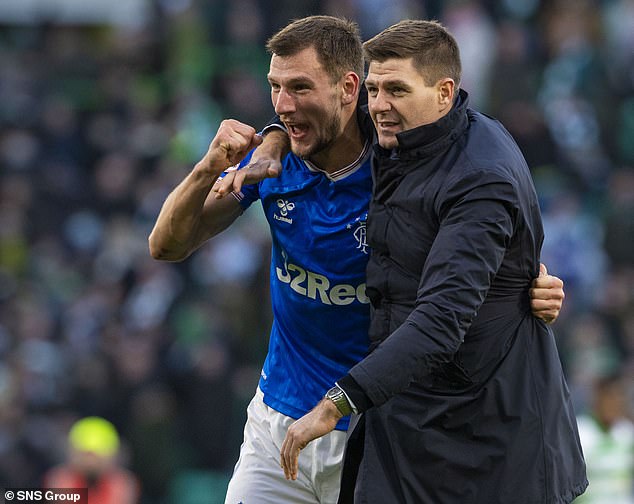 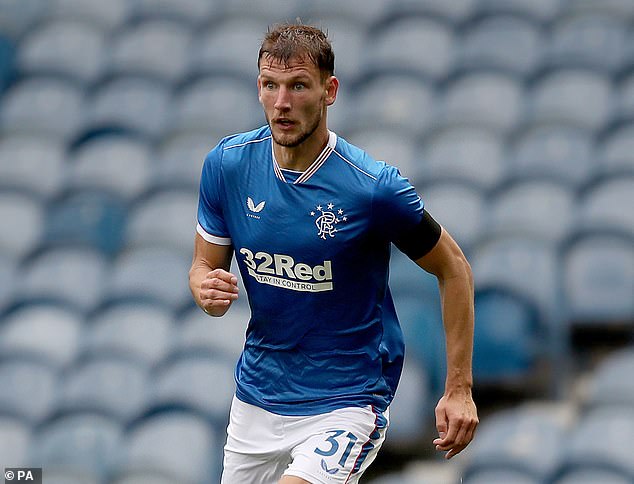 Gerrard expects teams to be taking note of the 27-year-old ahead of the window closing in October, but warned he had not intention of cashing in.

‘We’re not surprised if there is any interest in Borna,’ said the Ibrox boss. ‘Of course we’re not because he has been a consistent performer for us for some time now and has started the season so brightly again.

‘But he has signed a long-term deal here, everyone loves him, the fans like him and he was in the running for player of the year. 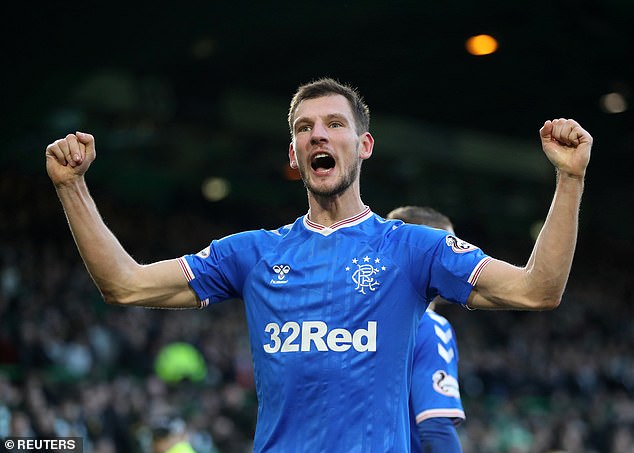 ‘Left-backs are difficult to get. It’s the reason why Arsenal paid so heavily for Kieran Tierney. It’s the reason why Jurgen Klopp has just had to spend £12million for another left-back (Kostas Tsimikas) when he already has one (Andy Robertson) that’s worth whatever amount of money.

‘They are difficult to get. And we own one.

‘It doesn’t matter, he’s staying here. He’s not for sale. But if someone did come, they would have to bring an awful lot of money with them.’

Asked if the contract position and Barisic’s contentment left Rangers in a strong position to deal with interest, Gerrard added: ‘We are even stronger than strong, really.

‘Borna is happy here, he’s settled. He loves it here and we love him.

‘We have all had to work ever so hard for that, no one more than Borna. His team-mates have helped him settle. And as a staff and a club we have worked ever so hard to make him happy.

‘So we want to just enjoy that and hope it stays like that for a long time.

‘But we are not deluded here. We know that every single player on the planet has a price.’ 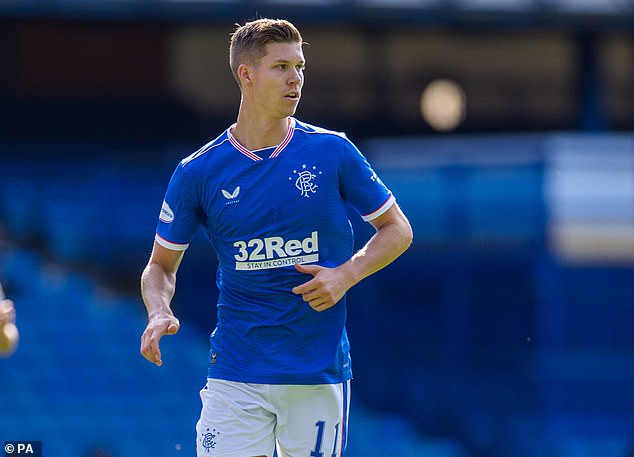 Gerrard is keen for Rangers to ensure this summer’s arrivals adapt as quickly as possible. New £6m strike duo Kemar Roofe and Cedric Itten are in his squad for tomorrow’s Premiership trip to Livingston.

‘I’ve spoken to the leadership group here at length about helping Cedric settle as quick as we can,’ added Gerrard. ‘I do that with all the foreign players.

‘With the likes of Kemar and the more local lads, they tend to already know people in the dressing room. They are obviously used to the climate more and the kind of city.

‘But with the foreign players we all need to go out of our way to help them settle quicker.’

However proud we feel about the multicultural nature of the England team who won the World Cup, the lack of diversity within our...
Read more
Sport

Line judge at the centre of Novak Djokovic's US Open disqualification...
Read more

Mr Guterres urged the US and China to avoid a “new Cold War”. The UN head warned the two nations are heading in...
Read more

The president made the incendiary remarks during a press conference at the White House. Addressing MrTrump a reporter asked: “Will you commit to...
Read more

The South Korean fisheries official was said to be cremated after being shot following an attempt to defect to the North. He was reported...
Read more

5,000 migrants will have already crossed the Channel this year

More than 5,000 migrants will have crossed the Channel in small boats this year by this weekend.Undeterred by the tragic death of a...
Read more
News

A group called RedDelta began attacks in May with their eyes on the September deal negotiations, according to a report. The US-based cybersecurity company,...
Read more