By Faith Ridler For Mailonline

The number of Britons who feel comfortable with transgender women using female bathrooms and refuges has fallen by up to 10 per cent, new research reveals.

Data published by the Equality and Human Rights Commission (EHRC) found 80 per cent of those surveyed believe they are not prejudiced towards transgender people.

Another 76 per cent of Britons said they believe transphobia is ‘always or mostly’ wrong.

But despite the majority of respondents insisting they do not hold prejudices, there was some change in opinion when it came to a transgender woman’s use of gender-specific facilities.

The research, conducted as part of NatCen’s British Social Attitudes survey, found 51 per cent of people would be comfortable with trans women accessing a female refuge. 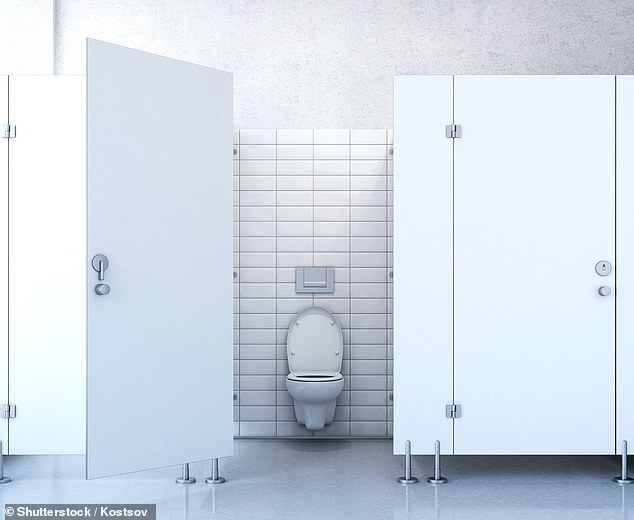 Of these, 24 per cent said they would be ‘very comfortable’ with 22 per cent ‘neither agreeing or disagreeing’ with the statement.

The percentage of those who were happy for transgender women to use these spaces has, however, fallen by 10 per cent from a previous survey in 2016.

Similarly, the number of women who said they were comfortable with a transgender person using a female bathroom fell from 72 per cent to 66 per cent.

Chief Executive of the Equality and Human Rights Commission Rebecca Hilsenrath said although ‘we are processing towards a more inclusive society’, the research shows there are still improvements in ‘the level of understanding’ to be made.

‘Trans people deserve the same dignity and respect as anyone else. They must be able to participate fully in our communities without fear or prejudice,’ she said.

‘Although it is clear that we are progressing towards being a more inclusive and understanding society, these findings show that when probed, people were found to be less supportive of trans people in specific situations.

‘Strong views and differences in opinion are signs of a healthy democracy. This research suggests that we need to improve the level of understanding on the key facts surrounding the debate.’

Ms Hilsenrath added: ‘We need clear conversations and proper debate about what the law and policy actually mean in practice, and what would be the practical effect of any changes – dialogue must be constructive, tolerant and based on the facts.

‘This includes challenging prejudices, calling out abusive behaviour and being open about the rights and needs of everyone involved. The Government ought to take the lead on building constructive and pragmatic discussions on issues affecting trans people.’

Guy Goodwin, Chief Executive of the National Centre for Social Research (NatCen), said: ‘These findings suggest the majority of Britons have supportive attitudes towards transgender people. Some of that support becomes more qualified though as you explore practical examples.

‘While the public tend to approve of trans people being employed in roles which rely on public trust such as police officers or primary school teachers, views vary on the use of spaces, such as toilets, used exclusively by men or women.’