Over the past 50 years, there have been only two major championships where the winner failed to break par in a single round.

The stage is set, therefore, for a 120th US Open at the intimidating New York state venue in the finest traditions of an event that is supposed to be all about struggle and toil. 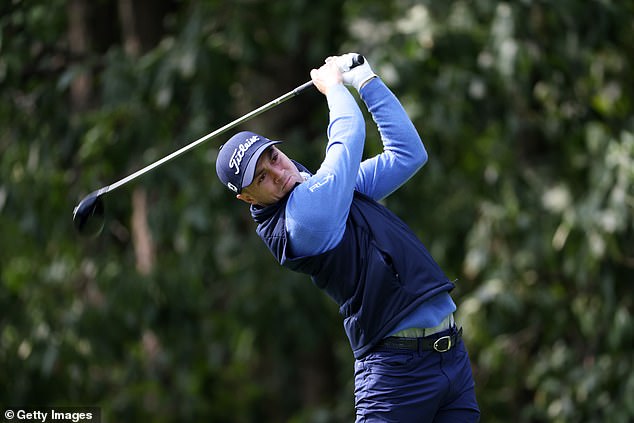 If you like your Test matches where one side bats all day to reach 200, or goalless draws where all the best players are defenders, you’re going to love this war of attrition.

This is the first time since 1913 that the US Open has been staged at the time of year the Americans refer to as the Fall, and how appropriate it should be at Winged Foot. There will be plenty of spectacular fallers.

There is nothing, however, that lies hidden from the naked eye, no blind shots or unfair trickery.

‘It’s all there in front of you but, boy, does it ask you to golf your ball,’ said the venue’s latest swooning admirer, world No 3 Justin Thomas. ‘It’s the hardest course I’ve ever played but it might also be the best.’ 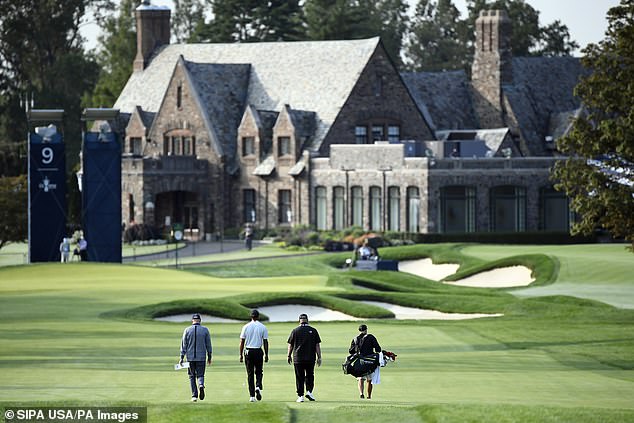 The leading players are enjoying some of the tales from the past. World No 2 Jon Rahm loved the idea of the great Billy Casper, on his way to victory in 1959, laying up each day on the third — which just happens to be a par three.

In answer to the formidable trio of holes known as Amen Corner at Augusta National, they opted for something much darker to describe the unholy trinity of par fours to conclude a round at Winged Foot — Hells Bells.

It’s the greens, though, that add wonder to this aesthetically pleasing masterpiece. It will be hard for television to do justice to all the swales and hollows, the slopes both severe and nuanced.

You’re going to see plenty of players putting almost with their backs to the hole, as they pore over the gradients in an effort to pick out the correct line. 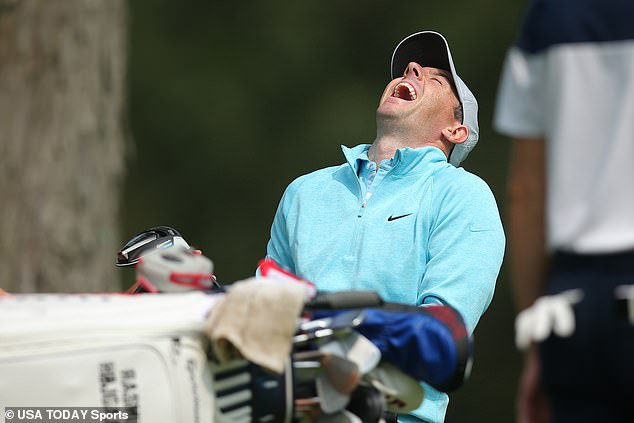 There will also be lots of putts finishing 10ft from the hole that appear hopeless but will, in fact, be the best option.

As Rory McIlroy (below) said: ‘You’re going to need such imagination to come out on top on these greens. Sometimes, the putt in front of you will be so difficult, all you will be trying to do is leave yourself an 8ft putt uphill for par.’

It’s going to be fascinating watching the different styles.

Among the big hitters, they can’t decide whether it will be better to be closer to the green but in the ferocious rough, or more prudent to lay back.

‘I’d rather have a four iron from the fairway than a seven iron from the rough,’ argued defending champion and arch slugger Gary Woodland. Somewhat inevitably, Bryson DeChambeau disagreed, declaring his intention to bludgeon Winged Foot into submission. Good luck with that one.

Two men come into this event in the peak of form. For Dustin Johnson, there are some encouraging portents. The last time the US Open was played on a course this difficult, he came out on top — 2016 at Oakmont — for his only major win to date.

His coach is Claude Harmon — son of Butch — whose grandfather Claude, the 1948 Masters champion, still holds the course record on both courses at Winged Foot. Swathed in US Open rough, it is safe to say that no one will be getting close to Claude’s score of 61 this week on the West. 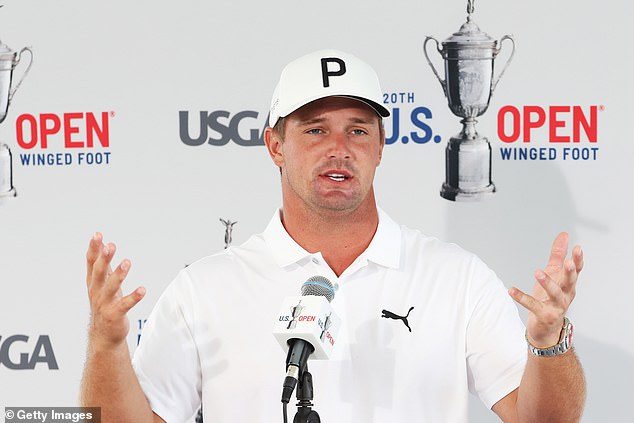 The doubts always surround Johnson’s difficulty in closing the deal in majors. His sublime ability is beyond dispute but the final three holes and all that Johnson scar tissue do not make an appealing combination.

A better bet might well be the Spanish bull, Rahm, seeking to do what none of his legendary compatriots were able to achieve and win a US Open.

He has got the driving skills and the imaginative short game to pull off the first European triumph since Martin Kaymer won at Pinehurst in 2014. At the age of 25, this feels like his time.

It is in the nature of this event, though, that the list of possible winners is extensive. Forty-eight of the world’s top 50 are present and the truth is you could probably make a case for any of them.

The sadness, of course — particularly given it is a US Open in New York — is that there will be no fans present.

The Hells Bells trio were made for the noisy peals of an excited crowd but you can be sure, nonetheless, these holes will not lie silent.

When the going got tough in recent events at Muirfield Village and Olympia Fields, it was the Spaniard who ended up as the last man standing. Is this Rahm’s moment of destino, as Seve used to say? (Price 17-2)

No one has chipped and putted better at the US Open over the last three years. Doesn’t get the fanfare of some of his peers but assuredly an American major winner in waiting. (Price 14-1)

Eight years after his sole major win at this event, the 35-year-old father of five is playing better than ever. Length off the tee might prove an issue but his iron play and short game are up there with the best. (Price 25-1)

Showed his mettle to win the Arnold Palmer Invitational on a tough track in Orlando in March. The Englishman is an excellent iron player, a brilliant putter and fearless when the chance to win arrives. (Price 40-1)

This quiet American seems to spend his professional life finishing between 10th and 25th every week. An unlikely winner, therefore, but at 60-1 the 31-year-old is an excellent each-way punt. (Price 60-1)

In America since June, all with this target in his sights. Straight off the tee, a good iron player and beautiful putter, his game perfectly fits US Open requirements. (Price 50-1)

Officials admit plan for tougher sentencing for worst offenders will cost £385,000 per inmate

Leeds 1-1 Hull (8-9 on pens): League One side prevail in penalty shootout