The Trumps turn the White House into their virtual convention stage: Donald will speak from the lawn, Melania from the residence and Ivanka will also speak from executive mansion

The Trump family is plotting to turn the White House into their convention stage with President Donald Trump and members of the family giving their speeches from 1600 Pennsylvania Avenue.

The president plans to give his convention address from the South Lawn of the White House, he told The New York Post, defying critics – including some from his own party – about the appropriateness of the plan. 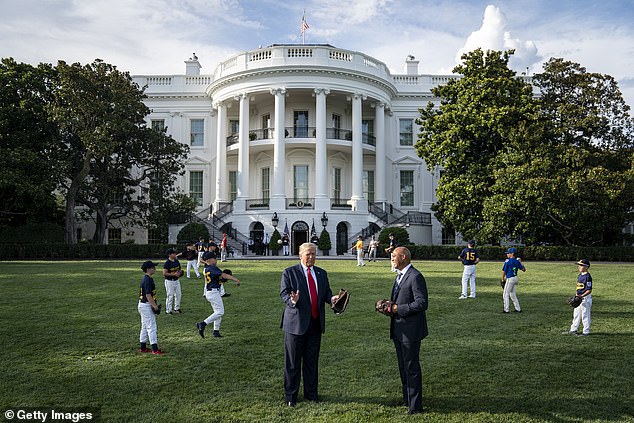 President Trump will give his address to the Republican National Convention from the White House; he’s seen above on the South Lawn with New York Yankees Hall of Fame pitcher Mariano Rivera last month 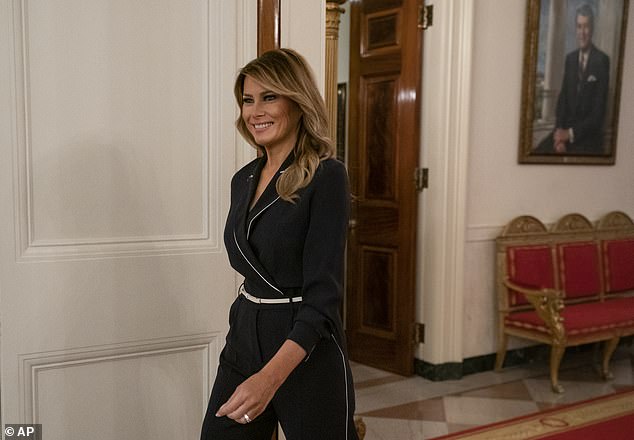 Meanwhile, Vice President Mike Pence will give his convention speech from the Fort McHenry monument in Baltimore.

Other members of the Trump family – particularly Donald Trump Jr., Eric Trump and Lara Trump – are also expected to speak.

But the times and locations have not been announced.

The programming for the Republican National Convention has not been officially announced. Officials were left scrambling to redo the program after plans for an in-person convention in Charlotte and then Jacksonville had to be scrapped over concerns about the coronavirus.

But the first lady is expected to speak early on – perhaps on Monday August 24 – and President Trump will formally accept the party’s nomination on Thursday, August 27.

Trump had mulled giving his speech at Gettysburg, the site of the Civil War battle that changed the tide of victory from the Confederacy to the Union.

However, he decided to hold it at the White House, likely on the South Lawn.

Melania Trump has overseen a refurbishment of the Rose Garden, paid for by private donations. It likely could be a location for one or more convention addresses.

‘I’ll probably be giving my speech at the White House because it is a great place. It’s a place that makes me feel good, it makes the country feel good,’ Trump told the New York Post.

‘We’d do it possibly outside on one of the lawns, we have various lawns, so we could have it outside in terms of the China virus,’ he noted, referring to the coronavirus pandemic. 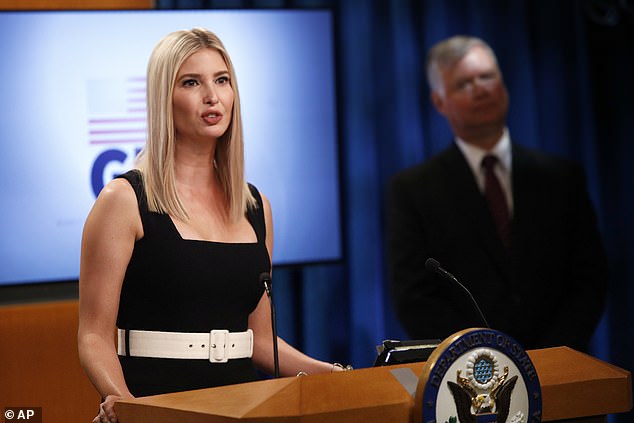 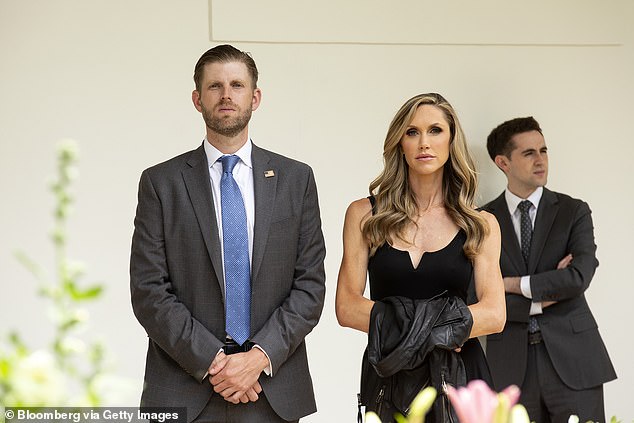 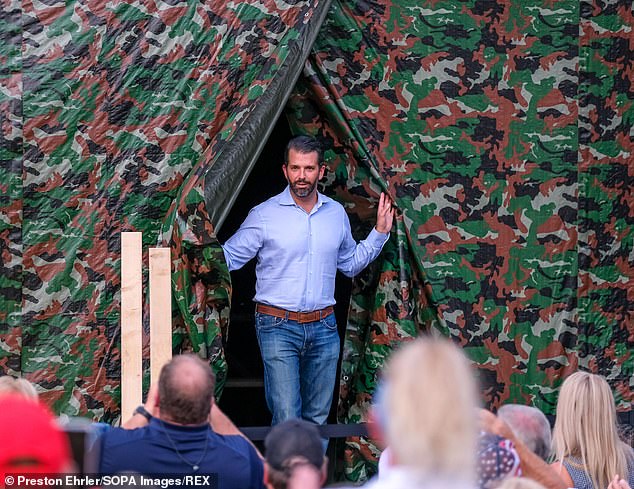 The president said he would visit Gettysburg, which sits in the battleground state of Pennsylvania, at a later date.

‘We’re going to be doing something terrific at Gettysburg but when it gets a little bit cooler because now it’s, you know, it’s August 27, so that’s pretty hot out there,’ he said.

But using the South Lawn has raised questions about the propriety of using the president’s home for a campaign event and violations of the Hatch Act.