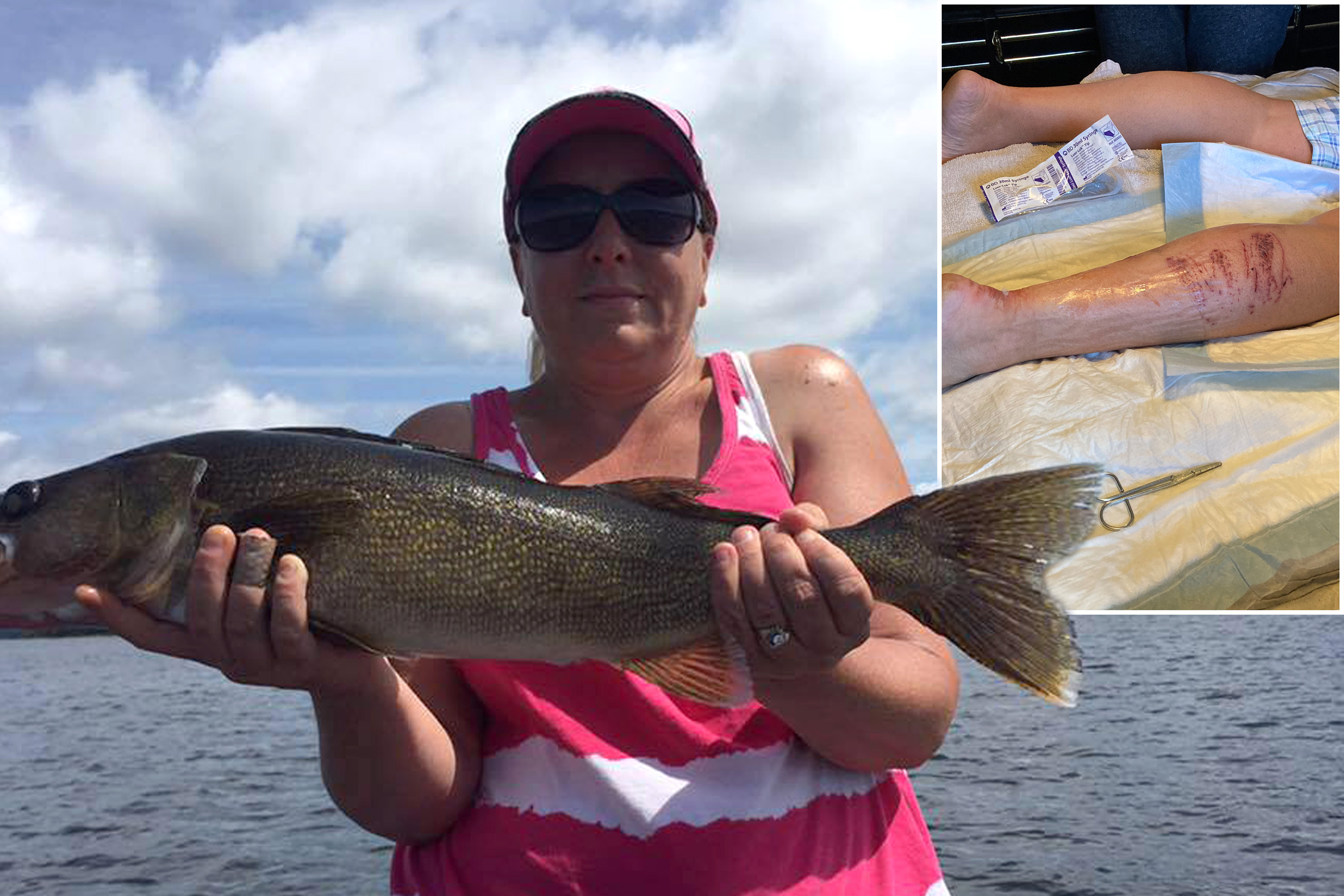 Not even the lakes are safe this summer.

While shark sightings have ratcheted up this summer and a New York City fashion exec was killed off the coast of Maine by a great white shark —many people have turned to lakes. But one woman in Canada found out the hard way, there are predators even in the lakes.

Kim Driver was standing chest-deep on the beach at North Star Village along the Winnipeg River near Minaki, Ontario, when she was attacked by a muskellunge fish, commonly known as a “muskie,” which have heads resembling alligators and can grow up to six feet long and weigh more than 50 pounds.

“All of a sudden she just said, ‘Someone’s got my leg,’ and then started screaming and her arms went up, and she went underwater and we all kind of stood there in complete disbelief and didn’t know what was going on,” Kim’s husband Terry told Vice.

Kim suffered extensive damage on her right leg and was taken to hospital.

“It completely engulfed her calf from pretty much knee to ankle,” Terry told the news outlet. “Nobody’s ever seen [a muskie] T-bone someone’s calves.”

A recovering Kim told Vice the attack left her in “total disbelief” and horrible pain, recalling: “I looked down and I saw the fish’s head, which looked like an alligator, and it just grabbed it and it moved me from side to side and then it pulled me under.”

Meanwhile, Terry is out for revenge. The couple plan on visiting the lake this weekend and while Kim said she will stay out of the water, Terry said: “I might throw a couple of muskie lures in that particular area and see if I can get a little bit of payback.”

Who is Robert Trump? What to know about President Trump’s younger brother